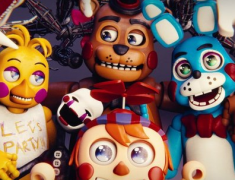 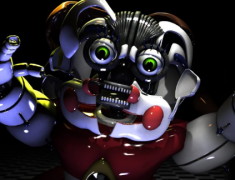 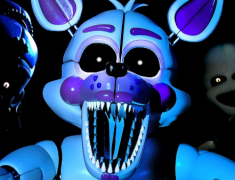 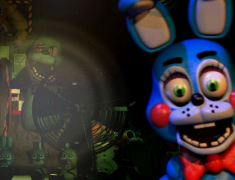 Devoted fans can create amazing games that are no worse than the original titles. This is exactly what FNaF fans did. We are glad to present Creepy Nights at Freddy’s, an amazing 3D entertainment that features all of your favorite characters and echoes the original story of FNaF. As you know, the original series are pretty much based on your limited freedom of action. And that’s the point. You are sitting in a dark room all alone, waiting for horrible creatures come and scare you to death, however, your possible moves are very restricted. You can close a door or block the ventilation, but rarely you can close and block them at the same time. This is the puzzle all players needed to solve during the process – choose the right combinations and pray to gods that the animatronics won’t be able to come in. 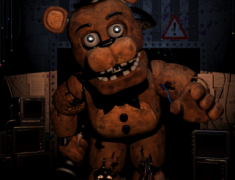 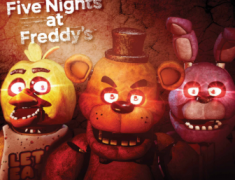 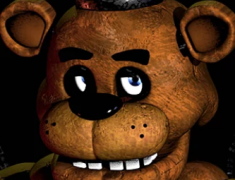 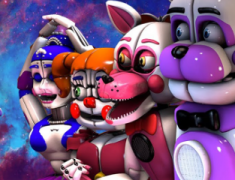 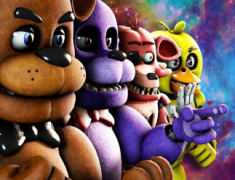 However, in this fan-version of the beloved horror, you have an opportunity to move around the building. Not only you have a freedom of movement here, but the animatronics, your main enemies, also do. They will wander across the pizzeria at night, trying to find you and catch you (and we all know what happens next). So you will have to run away from them and protect yourself. Hide in the rooms and don’t forget to close the doors, otherwise your undesired guests will play a really bad trick with you. Also, there are cameras and monitors, so you can see the mechanical animals moving here and there. This way, you can predict their routes and hide before they reach you. Just be aware that there are no cameras and monitors outside of the office. Be careful and very attentive, because animatronics are not only fast, but also cunning and smart. Despite the fact that they look like mechanical dolls, it seems like the powers of evil gave them strong intellect (and a real passion for human blood).

Again, in this version, you will play for a night watchman Mike. And who knows what sins and horrible deeds brought him to this hellish place. By the way, there are versions that this place actually is hellish indeed, we mean, that it is Mike’s afterlife, where he is doomed to suffer over and over again because of his previous crimes. It seems like this version explains a lot of things you can see in FNaF. This time, Mike looks pretty strange – he has purple body and you can see his skeleton through his skin. There are four central characters you will meet here and you already know them from the original series. However, there is also a couple of secret ones and you should be especially attentive when dealing with them, since they are very active and hostile. The may appear in a workshop or in secret cut-scenes. There is also another mode in the game – an animatronics one. Yes, you get it right, now you can try yourself as one of them and search for your victims in a company of your buddies. You will play for Freddy Bear if you want to. Isn’t it something you have been dreaming for? Well, if it is, then don’t wait any longer and join the game right now. We have uploaded it to this site and you can try it out for free.